Is taking the JLPT worth it? The Pros and Cons 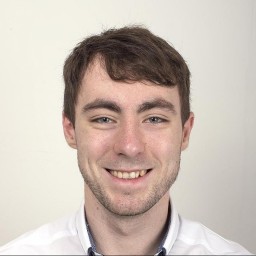 If you’ve been studying Japanese for a while, you’ve probably heard about the JLPT. For those who don’t know, the JLPT (Japanese language proficiency test) is the largest Japanese-language test in the world, taking place in over 60 countries. There are five levels to the test, with the easiest being N5 and the hardest being N1. Yet the question remains: Is taking the JLPT worth it?

JLPT qualifications are valuable in Japan

It’s useful for those moving to Japan for work too. Having an N1 or N2 qualification earns you points towards becoming a ‘Highly skilled foreign professional’. Being a ‘Highly skilled foreign professional’ gives you preferential treatment during the immigration process. Whilst not enough points to earn you the status by itself, add in a degree or two and this VIP treatment can be yours.

The benefits don’t stop at immigration either! At many larger Japanese companies, having proof of your Japanese ability can lead to salary increases as well. Whilst policy changes from company to company, generally foreign workers who speak better Japanese can expect better pay. This is thanks to the expected improvement in communication skills that comes with having a JLPT qualification.

It makes a great goal to study towards

If you’re anything like me, you probably study better when you have a goal in mind. The JLPT makes for a fantastic goal, thanks to its level-based system. Simply take the sample tests on the official website to determine what level you’re at, then start studying. For those who work better under pressure, the looming exam dates can be a great motivation too.

If you’re learning Japanese by yourself, then the exams can be especially helpful. By following the syllabus of the exams, you can determine what vocabulary, kanji and grammar you should learn next. I like to use textbooks aimed at my current JLPT level to help me choose what topics to focus on.

A huge positive of the JLPT is, thanks to it being the largest Japanese-language test worldwide, it’s available in many countries across the globe. This means that the majority of people aiming to take the test will have the opportunity to do so, provided they’re willing to travel within their country.

Additionally, test-takers looking for opportunities to improve their studying are in luck too. Most countries that offer the JLPT test will run classes tailored to the different levels of the exams at universities around the country. These classes vary depending on the location, but can be a great opportunity to take advantage of.

It isn’t a balanced evaluation of your Japanese skills

Although some people might think that the JLPT is the ultimate test of your Japanese abilities, it’s not. Whilst it does do a great job at checking reading and listening comprehension, it fails to test student’s speaking and writing abilities. Many students who self-study for the JLPT will often overlook this, leading to glaring holes in their skills. If you decide to study for the test, be careful that you’re studying in a balanced manner, or you may find difficulties when putting your skills into practice in the wider world.

It’s best paired with another qualification

Although having a JLPT qualification is useful, it’s unlikely to get you far in most careers. Jobs relating to Japanese language skills will often ask for a degree or relevant experience in addition to a JLPT qualification. Even worse, those jobs will normally only be interested in N2 qualifications or above. Anything below that is considered insufficient for business-level Japanese.

The exams are only held twice a year

Another downside that’s more of an inconvenience than anything else, is that the opportunities to take the test are scarce. The exam is only held twice a year during July and December. Some countries even only hold the December exam! If you’re busy or miss the application period, then you’ll have to wait 6 months for your next chance to sit it, which can put a real downer on your motivation.

My opinion? The JLPT is worth it

Personally, I think the JLPT is 100% worth taking. As someone who self-studies, I found it to be a great guide as to where I should be focusing my efforts, and gave me set goals to work towards. Whilst I did fall into the trap of primarily focusing on exam preparation instead of developing my speaking and writing skills, overall I think having a clear goal helped me.

It also proved it’s worth later, when it helped me both secure my spot on the JET programme as well as start my translation career. Overall, I believe the good outweighs the bad and highly recommend any Japanese learner at least takes a look at what the qualifications have to offer.