Like manga? Consider Box of Manga, our service that sends you Japanese manga each month. We tailor the boxes to your reading level!

Is Duolingo Good for Japanese? My Duolingo Review 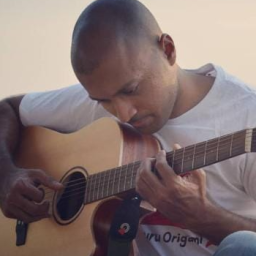 Learning Japanese is a long process and having the right tool can make all the difference. Apps like Duolingo are a useful way to get started. So, is Duolingo good for Japanese? This post is a review of Duolingo and shares my experience with the app over nearly two years.

Like most people, anime was my initial introduction to Japan and everything Japanese. By consuming a variety of genres and finally settling down on “slice of life”, I ended up nurturing a great love for the Japanese inaka (countryside).

I realized that If I were to make my way to one of these remote villages in the future, I need to know Japanese. While you can get away with English in major cities, this isn’t the case for the countryside. With this goal in mind, I decided to learn the Japanese language.

Before Duolingo: Learning Japanese with Minna no Nihongo

Learning a new language tests your willpower and patience, but the right material can help. Based on a suggestion from a fellow Japanese learning friend, I got the Minna no Nihongo series.

Using this book, I picked up both the Hiragana and Katakana script, but it soon became a challenge to continue learning. The presentation of the course was dull and not user-friendly. It didn’t motivate me to continue studying. I tried it for a month and then gave up.

Language learning apps that are good for Japanese

After my unsuccessful Japanese learning experience through books, I was not keen on picking up another one for a while. I wanted to find something that will keep me interested for a long time. The answer came in the form of mobile apps. I experimented with a few, but Duolingo won me over the most.

The secret behind learning any new language is about being consistent. This was a struggle for me in the beginning, but Duolingo made it very easy. Duolingo is good for Japanese learning because it makes things fun through its unique approach of gamifying language learning. This gamification happened in the following ways…

What a lot of language books failed to do, Duolingo managed to keep me interested through its game-like mechanics. The levels are presented in a flow chart, and you work your way from top to the bottom. The leveling system is addictive. Completing and unlocking new levels is very satisfying.

If you love games, then having an in-game currency to unlock cool rewards is a great way to keep you interested. Duolingo does this through an in-game currency called lingots. These lingots are then traded at the Duolingo shop for freezing daily streaks on the app, wager games, and a few cosmetic changes. Though there are only a few unlockables, it manages to make learning Japanese a lot more fun.

If you are competitive, Duolingo brings that to the picture through its leaderboard system. The ranking is based on your daily XP score against strangers and friends. This is a great way to keep the players motivated and driven by rising through the ranks while learning. The top 10 XP performers on the current leaderboard will automatically be promoted to a higher league the next week. This neat little feature kept me engaged and regular for a very long time.

To keep things interesting, Duolingo uses many formats for teaching lessons. The app cleverly employs unique characters with speech bubbles, audio/visual clues, and a game of matching Japanese characters with romaji. Since the format is so diverse, boredom never made an appearance.

But, Duolingo is not a complete solution for improving your Japanese skills. The app made many interesting things possible that books couldn’t achieve, but it has its own disadvantages.

Where Duolingo is not so good for Japanese

Duolingo is good for Japanese learning in some ways, but not so good in other ways.

The building blocks of kanji are radicals, and Duolingo doesn’t teach radicals at all. The joyo list has over 2,136 kanji, and all of them are built from these radicals. As a beginner, an app that teaches this aspect of the Japanese language would have been handy, but Duolingo fails to do so.

The progression system in Duolingo slowly introduces kanji into the lessons. But there is no option for learning its stroke order. If you want to improve your writing skills, the stroke order is essential. Yet another big flaw in the app.

Another major part of learning kanji is knowing the On’yomi (original Chinese pronunciation) and Kun’yomi (Japanese pronunciation) readings. In case you didn’t know, there are two or more ways to pronounce a specific kanji based on its usage. For example, the character for “mountain” is “山” and it can be pronounced as “san” with its On’yomi reading and “yama” with its Kun’yomi reading.

There’s no skipping ahead

The lessons are theme-based and follow a fixed linear progression. Unfortunately, you can’t access the other themes until you’ve cleared all the previous levels. The system slowly introduces different vocabulary into the lessons but the only way to move ahead is by following this fixed path.

So, is Duolingo good for Japanese?

Though it is not perfect, Duolingo is the single most important tool which helped me stick with learning Japanese for this long. The app has made learning so much more fun and easier than traditional methods.

However, Duolingo should not be your only source of studying Japanese. Using additional apps and course materials like the Genki series can seriously help you in the long run.