The Best Manga For Learning Japanese

If you are learning Japanese, manga can be one of the best tools available. However, it is important to have manga that fits your reading level. At Box of Manga, we’ve shipped thousands of manga boxes to people all over the globe. Since Eri and I review lots of manga and group them by difficulty level, we’ve developed a pretty good list of the best manga for learning Japanese.

In this post, we share some of our most-recommended titles for beginners. These are books we’ve read personally and really love. The titles is this list are in no particular order. 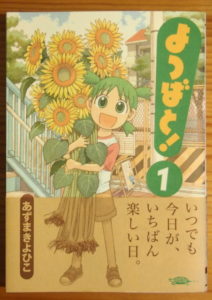 Yotsubato (よつばと! or Yotsuba&!) is one of our most popular titles. This cute, slice of life manga tells the sweet story of a single father and his daughter Yotsuba. I grew up loving this series, and first read it in English. It was a delight to read it for the first time in Japanese!

Most of the chapters feature Yotsuba’s hilarious adventures around her neighborhood. The manga is laugh-out-loud funny and has few kanji, which makes it one of the best manga titles for beginners. Any kanji that do show up have hiragana on them, which makes reading them (or looking them up) a breeze.

Also, many of the phrases you read will be relevant to real life. This is important if you are a beginner. The chapters are standalone, which means you can skip around and read what interests you. This also means that its ok if you do not understand something. You can move on to the next chapter without becoming lost.

This was one of the first manga series I tried to read to read in Japanese. Good memories! 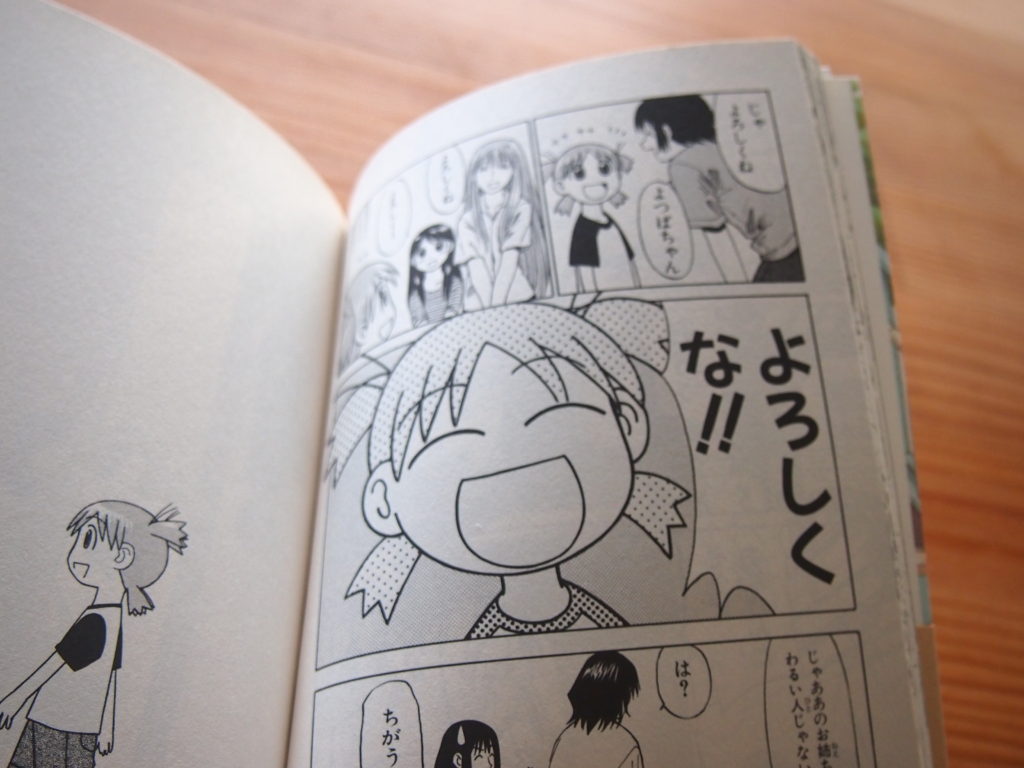 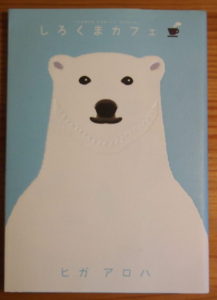 Shirokuma Cafe (しろくまカフェ) is another slice of life comic, like Yotsubato. This one is about a bunch of animals that hang out at a cafe run by a polar bear.

This comic is a “wide comic,” which means that it is twice the size of your typical manga volume. This is great for Japanese learners because the kanji characters are big enough to see every stroke clearly—which is important when you need to look something up in a dictionary!

You see this title recommended often on Japanese learning forums, and it is not hard to see why! A combination of big fonts, easy-to-follow story, and relatively simple language make this an excellent option for beginning Japanese learners. 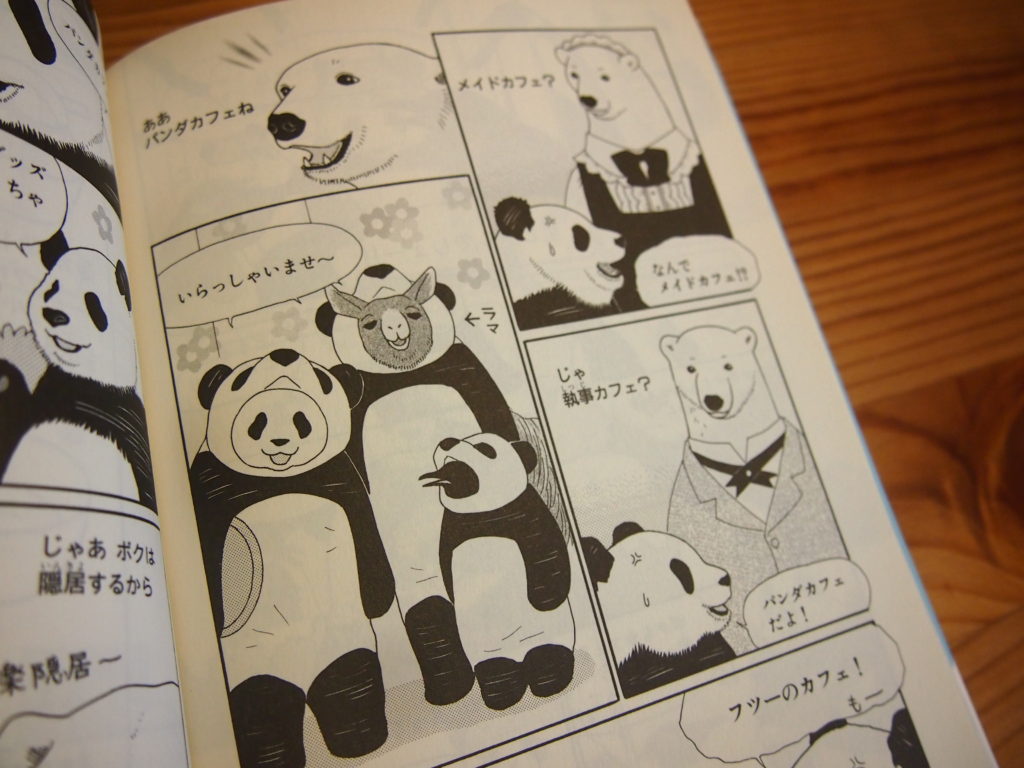 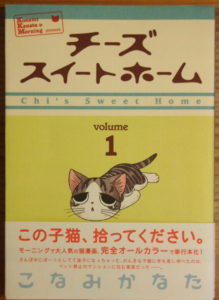 Chi’s Sweet Home (チーズスイートホーム）tells the story of Chi the cat and the Yamada family. Like both Shirokuma Cafe and Yotsubato, this is a slice-of-life series with cute characters, funny scenarios, and standalone chapters.

The manga has simple language, lots of images that provide context, and it’s easy to continue reading if you don’t understand everything in a chapter. It doesn’t hurt that all the panels are in color, either! 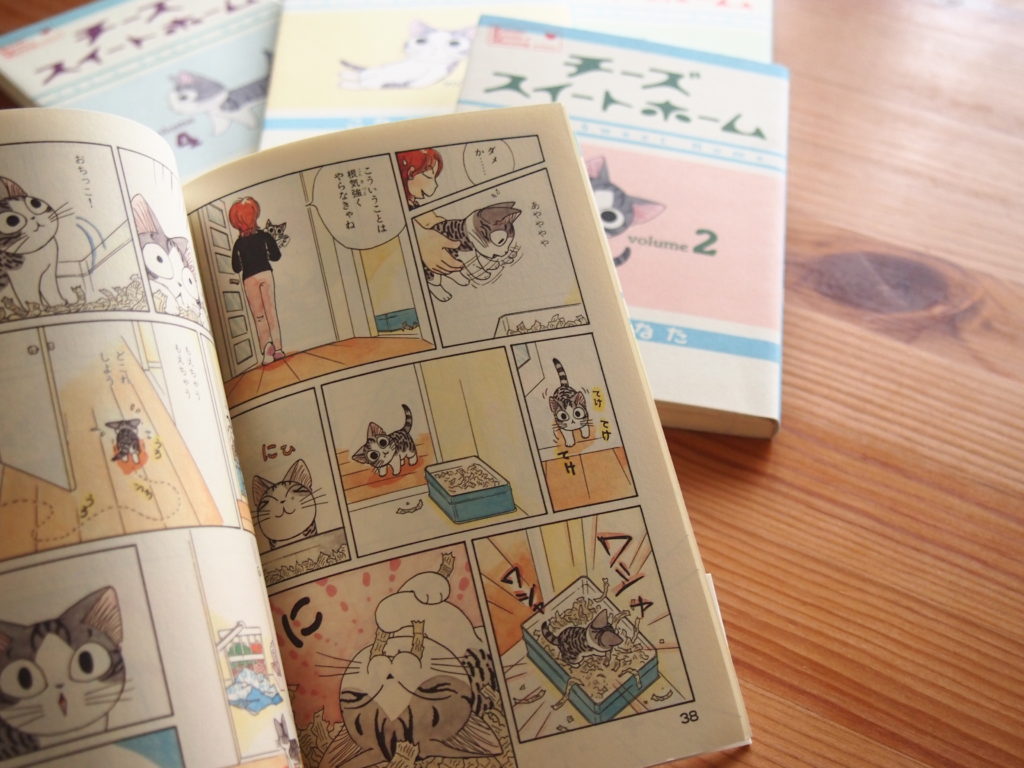 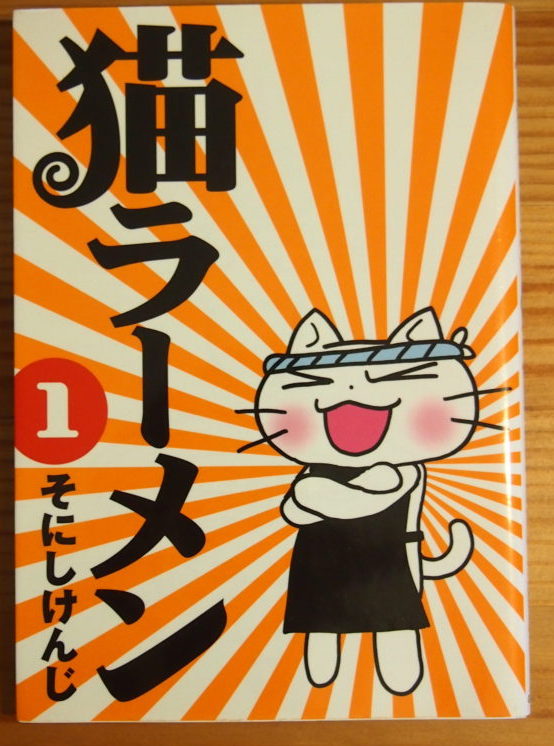 Neko Ramen (猫ラーメン) is about exactly what the title suggests: a cat who makes ramen.

Interestingly, you hardly ever hear about this series outside of Japan. I think it’s great for learners, though. The fonts are large, bold, and easy to read. All the kanji have furigana on them. It’s funny. It’s cute. What more could you ask for? 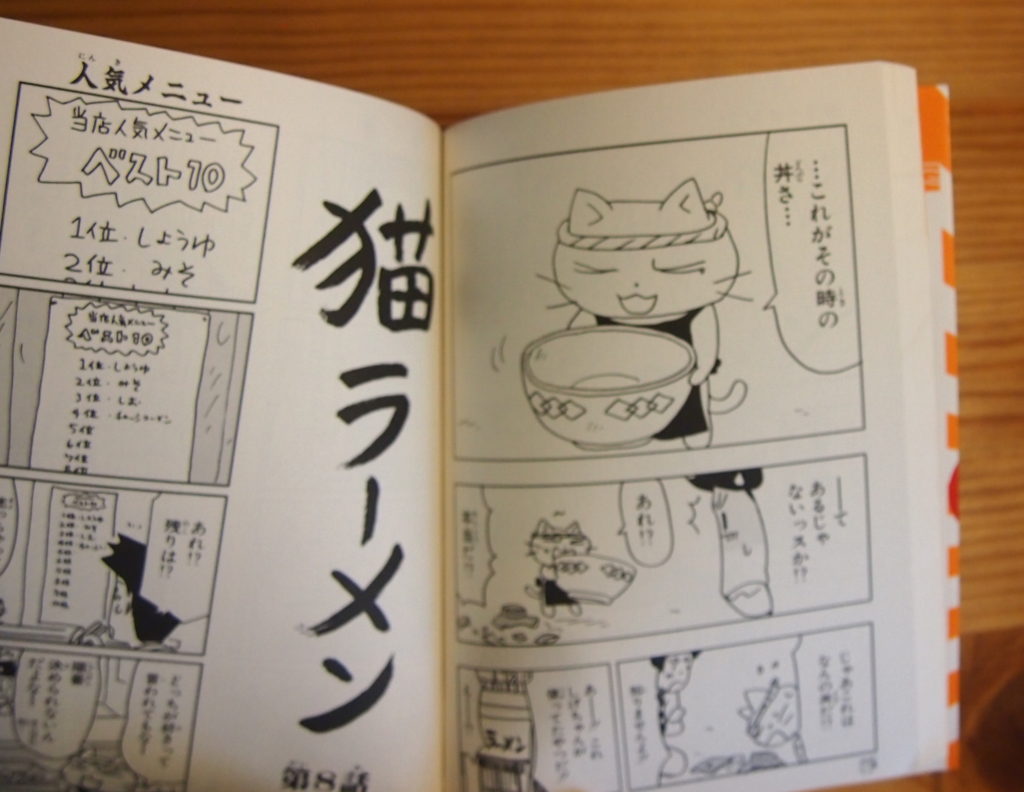 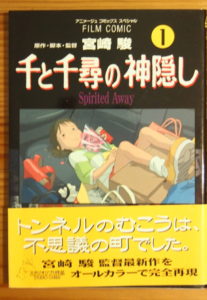 What Japanese-learner doesn’t love a good Ghibli film? I didn’t realize this until really looking through collections in the bookstores, but it turns out that there are manga collections for many of your favorite Ghibli movies!

The best thing about these comics are that they are in full color and easy to read. There is not too much text, and the kanji are simple. We like to mix these with books that are a bit more challenging so that beginners get a good variety of difficulties in their box. 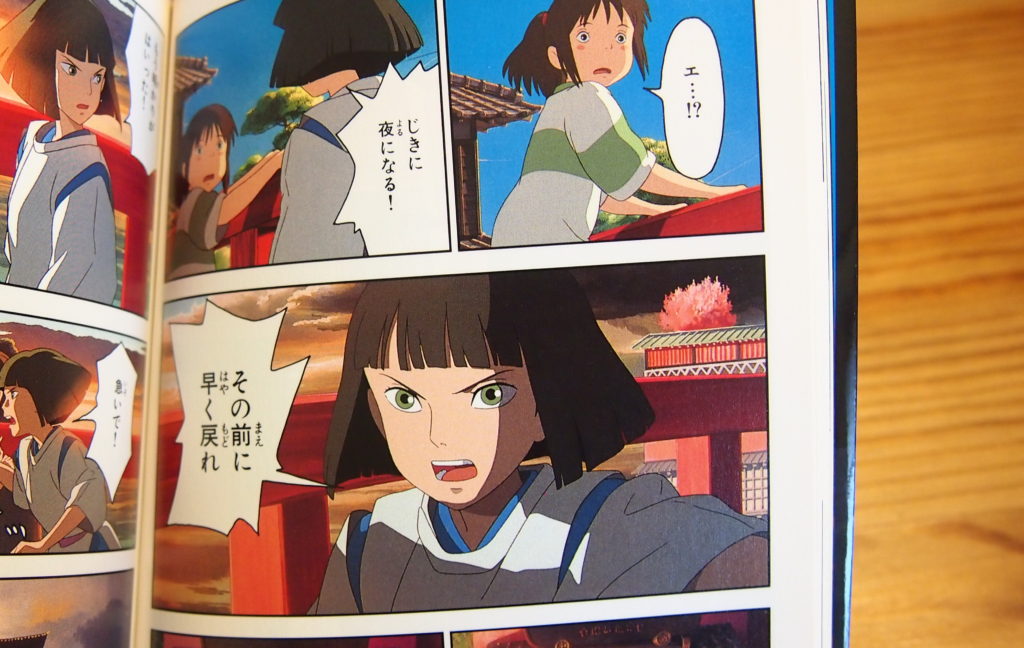 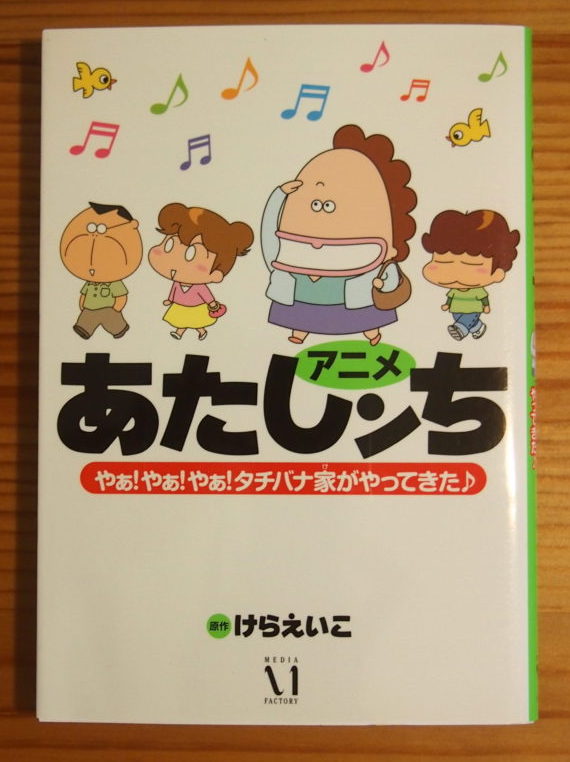 Atashinchi (あたしんち) is a slang term in Japanese for “my home.” This manga is a comical, slice-of-life series that is told from the perspective of Mikan, the daughter of the family and a high school student.

Though I rarely hear about this manga outside of Japan, it’s very popular inside the country, with several full-length film adaptations, it’s own anime series (and a remake of that anime series).

This is an excellent option for Japanese learners, because it revolves around the ordinary life of four ordinary members of Japanese society. There’s the mother (housewife), the father (“salaryman”), the son (middle school student) and the daughter (high school student). In other words, you get exposure to natural Japanese in many of the most common Japanese scenarios!

This will help you avoid a problem that many Japanese learners run into, which is knowing the dictionary meanings of words but not knowing how to use them in the proper contexts.

Next up in our list of the best manga for learning Japanese is Your Name, also known as Kimi No Na Wa (君の名は). This is the manga adaptation of the 2016 hit film, which went on to become the highest-grossing anime film of all time and the fourth highest-grossing film in Japan in any genre.

After looking at virtually every title on stock in Japanese bookstores, we discovered that anime adaptations are more beginner friendly than your typical beginner title. We don’t know exactly why this is, but I suspect it’s because films tend to focus more on visuals than manga titles do.

There are only three volumes to complete the series, which means even the slowest reader can get through these in a month or two. The story is familiar to most learners and there’s not too much text. However, because the chapters aren’t standalone and there are some more difficult phrases, we recommend it for more advanced beginners. 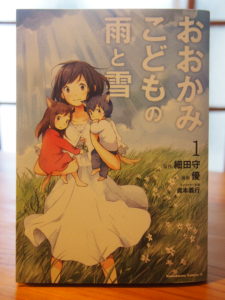 This is the manga adaptation of the 2012 Wolf Children (おおかみこどもの雨と雪), which tells the story of a single mother left to raise two children that are half-wolf and half-human. The film has a 94% rating on Rotten Tomatoes, and–if my wife’s reactions are at all reliable–it’s a real tearjerker.

Like Your Name, there are only three volumes to complete the series, and–because it’s an anime adaptation–you don’t get as many intimidating sentences as in ordinary manga. Try watching the film with subtitles and then reading the manga. With all that said, this is on the more difficult side, and should be reserved for advanced beginners.

Thanks for reading our post on the best manga for learning Japanese. If you’d like to receive these titles (and many others) in the mail, considering signing up for our service, Box of Manga.